Anatolians usually begin their day with a bowl of soup. In fact, until recently breakfast in Turkish culture consisted of a bowl of soup and yufka flatbread. Today, all the tradesmen restaurants serve soup, and the “soup of the day” is the inevitable starter. Soup can be consumed at every meal, and is a dish found on all dining tables. In Ottoman cuisine, soup was a fixed dish in the imarets or almshouses that were set up to help the people in need. In the Ottoman Empire, soup served in the imarets appeased the hunger of everyone ranging from the poor to the travelers, soup was the common food for all. Turkish cuisine boasts a wide variety of soups. The list is endless: from the traditional lentil soup made in all households and restaurants, to the more sophisticated wedding soup worthy of distinguished guests. Soups in Turkish cuisine are simple, very tasty and highly nutritious. Sometimes, bone broth that is rich in collagen is used in soups both to give more flavor and increase the nutritional value. Many soups are enriched with legumes such as lentils and chickpeas. In this respect, these hearty soups are not only filling but can also be a satisfying, well-balanced nutritional source for vegans and vegetarians.

Sometimes ingredients also include wheat, rice, bulgur, vermicelli and erişte (homemade noodles), virtually transforming the soup to a meal in itself. Refreshing yogurt-based soups are unique to Turkish cuisine. There is such a vast variety of tarhana soups, that an entire book can be written on the subject. The world of tarhana offers a wide range from regional types of tarhana using wheat berries and yogurt, and bright red ground tarhana made with plenty of tomatoes and peppers, therefore carrying the abundance of the summer months through to the winter. All these soups containing healthy ingredients from many food groups in a single bowl are very nutritious. This is the reason why soups in the Turkish cuisine have refreshing, reviving, curative qualities. The Turkish saying “hastaya çorba sorulmaz” or “never ask a patient if he wants soup” highlights this aspect of soup perfectly. There is a last magic touch in most Turkish soups that boosts the flavor and appeal even further. At the last moment, a majority of Turkish soups that are cooked without butter are garnished with sizzling hot butter or clarified butter with sautéed dried herbs such as mint and tarragon or spices such as red pepper flakes. This final touch adds an incredible flavor to the piping hot soup. A bowl of soup served to guests is the symbol of sharing, a symbol of Turkish hospitality. 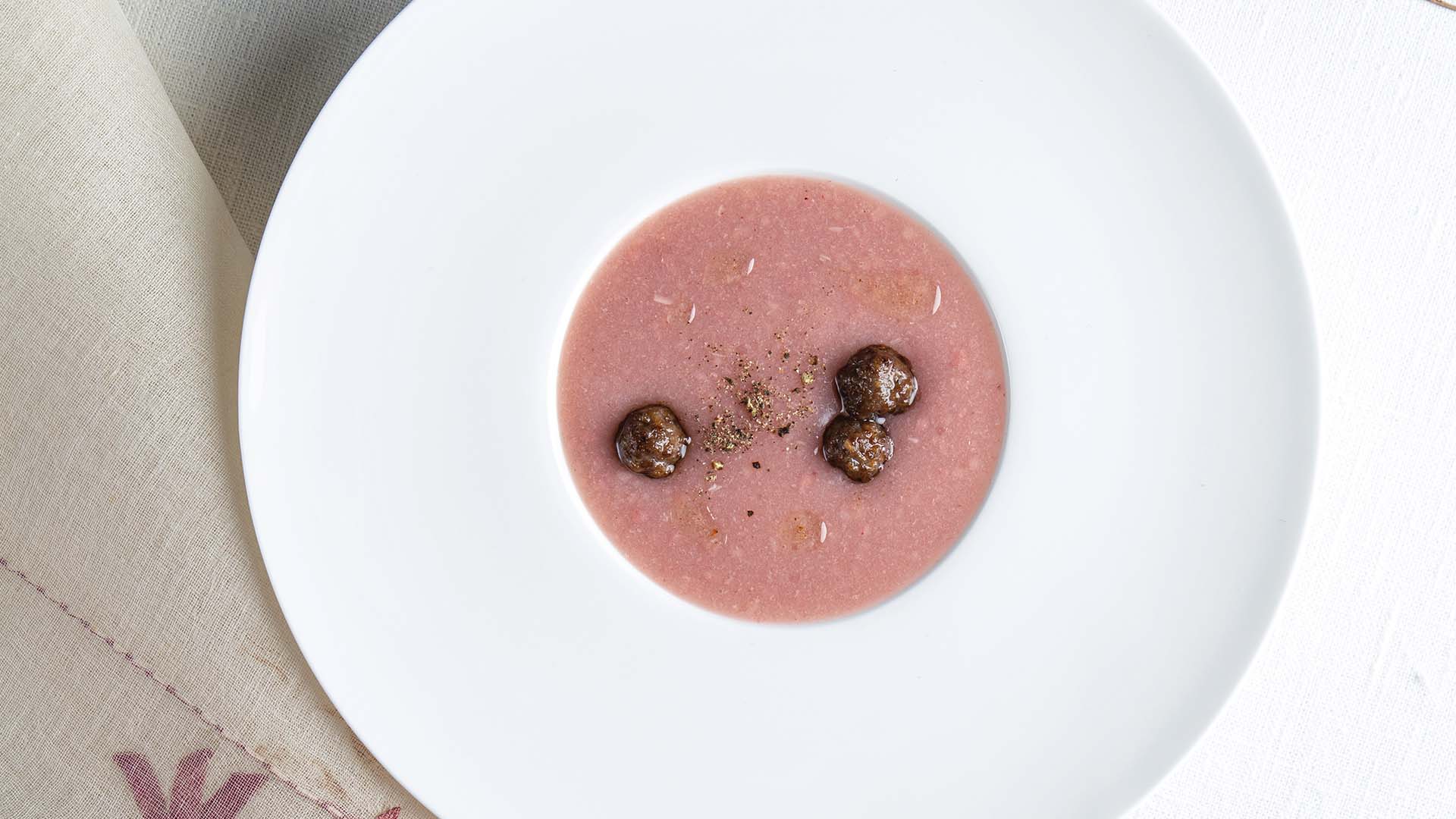