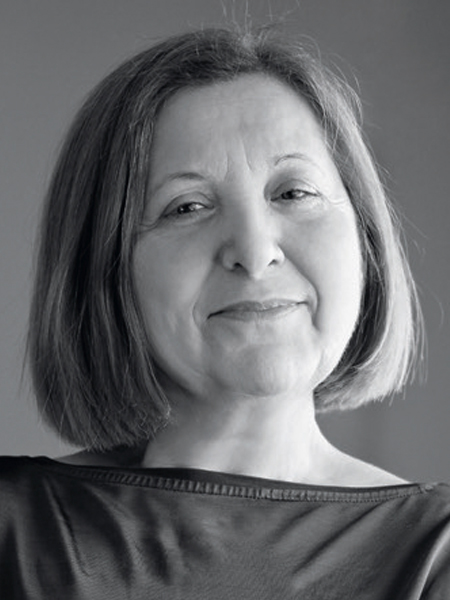 Turkish Cuisine is a very extensive and liberal blend extending from the countryside to the palace, enriched with new touches without losing its initial creativity, and combining the multicultural structure of the palace and the ethnic structure of the society in the same pot. It’s a cuisine created by embracing without rejecting or ignoring.

Turkish Cuisine can be divided into several periods: the Central Asian period, the Anatolian synthesis that occurred after migration to Anatolia, the Istanbul or Palace Cuisine, and today’s Turkish Cuisine. The richness of the cultures that lived in Anatolian lands, the historical background, the human-geographical relationship, as well as the diversity of the sea and lakes are all important factors that provide the richness of Turkish Cuisine. The seasonal abundance provided by such a geography and the opportunity to experience all four seasons in different regions simultaneously allowed for a variety of products. Modern Turkish Cuisine is the combination of Ottoman Cuisine, Palace Cuisine, and the rich local cuisines.

The Ottomans, who ruled an enormous empire, brought their own culture to Anatolia and became cultural ancestors by integrating with the local people. Turkey is a place where people from all religions, all races and all cultures live together. It has always maintained this structure. This diversity has also revealed itself in the names of Turkish dishes. In this way, the dishes added to Turkish cuisine have been adopted with a nuanced approach while keeping their original names. Examples include: Şam Tatlısı (Damascus’ basbousa), Arnavutciğeri (Albanian-style fried liver), Tatar Böreği (Tatar pastry with minced meat), Papaz Yahnisi (Priest’s stew), Nogay Çayı (Noghai Tea), Çerkeztavuğu (Circassian chicken) etc.

It is known that the Turks have their own table customs and table manners and these have been conveyed to the present. Although their habit of using a spoon is not as old as the world, it is as old as soup.

The understanding of “if you don’t feed a person properly, he cannot think correctly, cannot sleep well or even love enough” has been embedded in Turkish Cuisine. At the same time, the belief that “health comes first” is one of the basic principles of this cuisine.

It is a kitchen that is open to innovation and has an experimental understanding of cuisine. It can sustain the tradition and transform the new into total harmony by combining the traditional with a simple, self-balanced kitchen.

At the beginning of the Ottoman Empire, cattle consumption was relatively low. Virtually, only sheep and chicken meat entered the Ottoman Palace. However, we also understand from resources that goose, duck, partridge, quail, and peacock kebabs were cooked for various ceremonies. While the cuisine underwent change, Mediterranean habits did not find much of a place for themselves in the palace. For example, although this was a city abundant with fish, fish was not used frequently in the palace.

The transition from plant to plant cultivation started when the Turks reached Mesopotamia and became familiar with Anatolia. Thus, the meat-vegetable combination reduced meat consumption.

In the eating habits of the Ottomans, the number of meals per day was limited to two. The main meal was breakfast. This hearty meal usually included fare such as oatmeal or manti (Turkish dumplings). Dinner consisted of very lean meat, soup, yogurt, and salad of ingredients eaten raw.

After dinner, Ottoman people drank sweet sherbets. Sherbets were especially diverse with their healthy, digestive, and calming properties. They ate desserts, fruits, and nuts a few hours after dinner.

Among the spices they used for flavoring, the most popular were saffron, mastic, black pepper, ginger, and musk. The spice market in Istanbul still thrives today.

The basic principles of Turkish Cuisine are parallel to the basic philosophy of a zero-waste cuisine. Bread is sacred in our culture as in every society. Sharing bread is crucial in Turkish food culture. A grain of wheat becomes a thousand in the soil. The sacredness of bread is respect for the wheat that feeds the world.

“Better lose the horse than the saddle”, “If your neighbor is hungry, you cannot go to bed full”, “A neighbor in need is a neighbor indeed”, “Enough to keep body and soul together”, “Small drops make a mighty ocean” are all proverbs of this philosophy that are never forgotten. I would like to give an example of the zero-waste Turkish Cuisine with the story of nomadic Yoruk women. Those nomadic women, who introduced the seed to the soil, created a success story during their challenging nomadic lives that we can define as creating something out of nothing. While living a frugal life totally irrelevant with today’s consumption frenzy, they also created a magnificent cuisine. They cooked simple meals warm-heartedly with whatever was available and continue to do so.

They often combined seeds they collected from their homelands with evil eye beads, and wore them around their necks. Of course, evil eye beads were to protect the seeds. When they arrived at the place where they migrated, they combined these seeds with the soil and perpetuated the seed miracle by repeating the same process with new and different seeds.

They are unique characters of a zero-waste kitchen. Apart from wind and birds, Yoruk women are also good seed carriers. These meticulous and creative women respected the tradition, and believed in the miracle of the seed. They have created the relationship between the woman and the seed with prudent creativity. Sharing culture, neighborly relations and hospitality are among important Turkish traditions.

Agriculture has changed the natural systems of the world more than any other human activity.

While making flat bread on the steel sheet, Yoruk women bury vegetables in the ashes of the fire. They never waste cucumber peel; they dry it for use in another dish. Numerous dishes and desserts are made from stale bread. Leftover pilaf becomes either a soup or a rice pie. The flat bread griddled on the steel sheet is greased with hot butter, and the women prepare wraps with any fillings available in the house. To make dolmas (stuffed vegetables), they remove the inside of the zucchini or eggplant and never throw it away, but rather transform this into another flavor. Amazing dishes and jams are made from peels.

One of the most used and popular vegetables in Turkish Cuisine is the eggplant. The eggplant can be cooked with its skin, but when it is peeled, the skin is dried and becomes another dish. Of course, the flower base with the green stem can be cooked together with the eggplant or separately. That part has a different flavor than eggplant itself and is delicious enough to be recommended.

Turkey’s seas, rivers and lakes are quite diverse in terms of fish. These fish are also part of the zero-waste kitchens, especially in homes. If the fish is used filleted, the leftovers are used in a fish soup or rice pilaf cooked with fish broth. When making fried anchovies, the bones are removed. Those bones are fried for a couple of minutes and used as an appetizer or snack. Not only anchovy bones, but sardine heads are also used in side dishes.

The cooking method that makes Turkish Cuisine unique is that to achieve perfection, all the ingredients are cooked together in the same pot. We call these dishes “pot dishes”, and the culture of dipping bread in the sauce or gravy and use of a spoon ensures that any food on the plate is never wasted. Because of this, meat cubes or minced meat are preferred. This preference is also utilized for reproducing resources and fair sharing.

Even though nature provides everything necessary to meet the needs of every human being, today there are about one billion starving people in the world. The cultural changes and ingredients used in today’s cuisine along with the mistakes made in the food industry and agriculture are striking. Although the steps suggested and taken in favor of simplification seem to target zero waste, more is needed to achieve this. While using the resources that the planet offers us, we must remember that we are a part of nature, and we need to reunite more with the soil than nature provides to increase our resources. When we put an end to wasting of all kinds of resources, maintain and share the continuity of production and diversity, we will achieve zero hunger.

Only then can the world be a single garden.