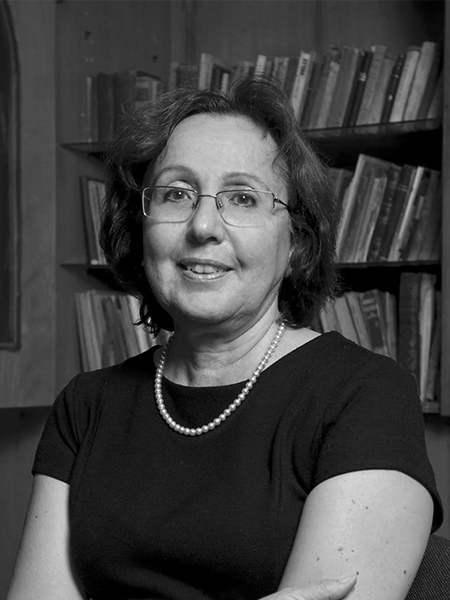 Medicinal Plants You Should Surround Yourself With

My name is Prof. Dr Ayten Altıntaş. I’m a Professor of Medical History at the Medical University School of Medicine. Previously, I taught History of Medicine at Cerrahpaşa Medical Faculty for 37 years. I have been working on Ottoman Medicine and medicinal plants used as medicine consecutively for over forty years. Aromatic and medicinal plants have a crucial role in my life. The majority of the drugs used in Ottoman Medicine are herbal, and most of these drugs are Anatolian plants. These lands are most especially abundant in these plants. In Ottoman Medicine, herbal medicines are the plants that physicians know, pick and grow in these lands, so they can provide a great deal of information about this subject.

This is where my journey about ‘rose’ began. My studies on "Highly Scented Rose” started when I discovered that the scented rose was used as a medicine in Ottoman Medicine. In 2006, I compiled all therapeutic prescriptions from Ottoman medical books and wrote an article on this subject. A year later, I wrote a book titled ‘Rose - Rose Water, Its Place in History, Treatment and Tradition' for Gülbirlik, the biggest producer of rose oil in Turkey. After the latest content updates, that book was reprinted twice in 2009 and 2010. Because such two books are accepted as sources and research books, another book was brought up to the agenda that the public would benefit from and the book, ‘The Most Beautiful Medicine is Rose’ was published in 2009. ‘Isparta Rose, Its Importance - History and Use’ was published in 2014, followed by ‘Rose, the Medicine for Soul and Body' in 2017.

Throughout those studies, I was greatly influenced by the life, efforts and works of Müftüzade Gülcü İsmail Efendi, who introduced roses to Isparta and helped the people earn their bread for 135 years. I believe that it is of utmost importance to learn this subject for the young generation. İsmail Efendi was the son of a prominent family from the Yalvaç District of Isparta and received the most important education of his time in the madrasah. He thinks that his first duty was to serve the people of his land. First and foremost, he pioneered the idea of wool weaving and led the people to evaluate the wool of their sheep for weaving. This was not sufficient for people to earn money and keep up with their needs. Yet, İsmail Efendi believed wholeheartedly that his land would provide him with the most satisfying wealth if he worked wisely enough. In 1888, he began researching rose cultivation after discovering that Sultan Abdülhamid encouraged this in Ottoman lands. He believed that the scented rose was a trade product that could bring income to Isparta. Herewith, İsmail Efendi had the rose cuttings brought to Isparta, planted them on his lands, and communicated with the experts who would turn the roses into rose oil. In collaboration with an expert, İsmail Efendi managed to obtain the very first rose oil in 1892 by retorting the roses of his rose garden with great effort. After five years of effort, he could begin to come up with results. Following this, a new era would begin for İsmail Efendi, who would sell the rose oil and introduce Isparta Rose Oil to domestic and foreign markets.

İsmail Efendi visited the Ministry of Agriculture in İstanbul. Despite the difficulties, he had the opportunity to meet with Selim Melheme, the minister of agriculture of his time. He already performed a chemical analysis on the rose oil he brought with him, proving that these oils were of high quality. İsmail Efendi showed such a great effort that he was awarded ‘the Sultan Abdulmejid’s Third Class Order of the Medjidie’. Because İsmail Efendi did not accept the money prize given with the Order, he was later given a valuable retort. With the support of the Ministry of Agriculture, the rose oils would be sold internationally. However, it was not enough for İsmail Efendi and he was planning to do more. He went to fairs and exhibitions to promote these high qualities rose oils in European markets. Even though he was 73 years old, he travelled to Europe a few times to introduce Isparta rose oil and look for the proper market to grow.

İsmail Efendi, who dedicated his wealth and time to charitable causes throughout the seventy-five years of his life, passed away in his house in Isparta in May 1915, during the rose season. İsmail Efendi put forth great effort to bring rose farming, a sustainable type of agriculture, to Isparta. Today, thanks to İsmail Efendi, Isparta rosehip serves not only Isparta but also the entire country of Türkiye, and still, it holds first place in the world’s rose garden.

The world of Aromatic and Medicinal plants, especially their use as medicine and having the smell of medicine, has always sparked my curiosity. In Ottoman Medicine, numerous examples of this exist. ‘Marjoram’ is one of these plants. Marjoram is a humble and lesser-known type of oregano, but its sanctity has been highlighted since the dawn of civilisation, it has found its place in medical books as a medicine, and its effects have piqued the interest of modern medicine today. Marjoram is an endemic plant of the Southeast Mediterranean that grows naturally on our southern coasts. It is a shrub or herbaceous, perennial, pink or white-flowered, and strongly scented plant. Despite being one of our native plants of our country, it is not rare known and used by our local people. However, Europe became intimately familiar with this plant through us in the 16th century and began to use it extensively in their cuisine and phytotherapy.

Marjoram, a sacred plant in ancient times whose leaves smell great, is one of the essential medicines of traditional folk medicine. According to old reference books, this great scent is the same fragrance as Prophet David. In ancient times, the people who believed that marjoram was sacred would crown with a chaplet to bring happiness into their marriages. Also, they presumed that if the women at marriage age slept by rubbing their bodies with marjoram oil, they would see their future spouses in their dreams.

Accepted as a promising plant in medical research, this plant grows naturally in many regions of Turkey. My grandmother used to put a few marjoram leaves, which she was growing in a pot, in her coffee. We didn’t even ask her why she put it in her coffee as I assumed it was for the pleasant smell. It was just to prevent heartburn. In today’s medicine, this is accepted as scientific information. These facts have kept their existence until today and are still in practice in the TurkAegean region.

‘Taraggon’ is another plant used in Anatolia as a medicinal plant, which has influenced me. Tarragon, cultivated as a medicinal plant in many parts of Anatolia, especially in Ankara and Gaziantep, has known the same name since ancient times. The essence of this topic that excites me is that Tarragon, the plant’s name, is both the name of the Hittite storm god and the name engraved on the coins of the Central Asian Turkish world. According to Hittite and Assyrian records, the name of the most important God of the Hittites who lived in Anatolia was Tarhun. This plant is a kind of medicinal plant that quickly relieves pain. It has been included in all significant curriculum books with the same name in the Islamic world. The English and Spanish word for ‘Tarhun’, Tarragon, is translated from Arabic to Latin. The Western world observed this medicine from Islamic medicine, and Islamic medicine recognised this medicine from the Turkish world. This important medicinal plant accepted as a God symbol in Hittite country continued until very recently in Anatolia. In her article titled, ‘Tahrin, The Plant that the People of Ankara love’. Researcher and writer Nimet Berkok Toygar mentioned that she witnessed a special ritual performed during the planting of the Tarragon in 1940. This unique ceremony is as follows: The farmer who would plant the Tarragon and his friends following the Imam go to the field in the very early morning, the Imam starts to pray, old tarragons are removed and new plants are planted with prayers. After the plantation is completed, food is served. This special ceremony indicates that the sacred plant of the Hittite God has been still keeping its existence in the same lands.

In old Turkish traditions, we witness great respect for medicinal plants. Respect for all living creatures is very important to the Turks in Central Asia and the Turks who settled throughout Anatolia. We have discovered that this tradition has been carried on until recently by an American journalist. One day, this journalist caught a cold while staying in the tent of a Turkish family as a guest. The host family told him not to worry and added that they would pick some plants around their tent in the morning and drink it as tea and assured him that he would be fine. The family mentioned this useful herb. The journalist went out in the morning and picked a bunch of that described herb. When he returned to the tent, the host family were stunned and asked why he picked up that so much. They told him that he needed just a pinch of this plant and he could pick if needed, and he shouldn’t have picked so many plants. The American journalist got embarrassed but acknowledged the family to be correct. He witnessed how the Turkish people have the utmost respect and reverence for every plant that grows around them, and they were in a far better position to safeguard the environment.

In Anatolia, during Selçuks, Principalities and Ottoman Empire, there were zawiyahs where those involved in medical and health care received moral education. We learn this training from the ‘Futuvvetnames’, which are the rules and regulations of Turkish-Islamic guilds. Even though it is important to have certain values in moral education in zawiyahs, it is more essential that these values are reflected in behaviours. ‘Science is not appreciated unless it is applied’ is the main principle. Another essential principle is ‘serving good morals for the sake of society'. The person who received education in zawiyahs had to convey his knowledge and wisdom and service to all people. The physicians in the Ottoman period were raised on this moral foundation.