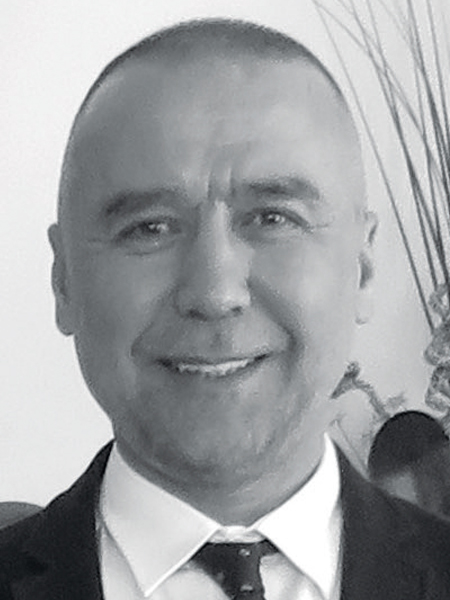 Grab the Spoon and Spoon Up Some Pilav: Spoons in the Turkish Culture

The spoon used to consume juicy and grainy foods is a very remarkable element in Turkish culture. Until the 19th century, it was the only tool on the table besides plates. Therefore, its functionality is extensive. In the Ottoman culture, where food itself was considered an art, kitchen and tableware also acquired an artistic form. Almost every utensil was turned into a work of art, including coffee pots with three wheels placed over the stove, knives of engraved metal with handles decorated with precious stones, extremely magnificent porcelain and copper pots forged or engraved. And spoons are the utensils that best reflect the fineness of this conception of art.

The history of the spoon in the world dates back to pre- historic times. Bone spoons were found in Çatalhöyük, a settlement established 9 thousand years ago in Anatolia, and the spoon samples found in Hacılar date back 6 thousand years. Thanks to the addition of the entry of spoon as kaşuk in the Divân-ı Lugâti-Türk penned by Mahmud al-Kashgari in the 11th century, it has been established that the use of the spoon in the Turkish world dates back even earlier. The word kamçı, which means both spoon and ladle, was also included in the same work.

First making spoons out of coconuts, shellfish, bone and clay in antiquity, man then began to opt for the horns and teeth of some animals and hard wood. Later, precious materials such as mother-of-pearl, coral, and horn- like materials such as tortoiseshell, were added to these. Ottoman spoon culture was established upon such a tradition. Towards the end of the Ottoman period, when the spoon culture was enriched in terms of variety and elegance, the loneliness of the spoon would come to an end with the accompaniment of the knife and fork. The widespread use of cutlery in some cities and rural areas is a development that dates back to the Republican era. In the Ottoman period, every meal was eaten with a different spoon, especially in elite neighborhoods, and the spoon was changed as the courses changed. Those at the table would witness the change in the shape of the spoon accompanying every new meal. The similarity between the different spoons reflected the magnificence of Turkish handicrafts as well as its magnificent aesthetics.

Spoons, a product of Turkish handicrafts, were named according to their raw materials or areas of use or sometimes both. The spoons used in Topkapı Palace are named according to this classification. On the one hand, there are hoşaf (stewed fruit), paluze ( jelly made with starch and sugar), keşkül (milk and almond pudding) spoons and tablespoons. On the other hand, there are spoons made of gumwood, boxwood, ebony, coconut, sandalwood, olive, mother- of-pearl, or şir-i mâhî (sea lion/walrus) tooth... The last was the most expensive type of spoon. Outside the palace, it was possible to find spoons made of boxwood and spoons made of porcelain and cranberry, juniper and karakurt (kavlak) wood. Tablespoons were probably used for all dishes that did not have their own unique spoons. Soup, pilaf, muhallebi, dessert, kavurma, olives, coffee, and teaspoons were added to these varieties, some during the Ottoman period and some in the early Republic period. Spoons made of gold, silver, and other metals also decorated the late Ottoman tables.

A spoon consists of three parts: bowl, neck, and handle. Each section has different features and dimensions according to the different types of spoons. Their bowls are egg, pear, triangular-shaped or circular; deep or shallow. The neck is narrow, broad, protruding, or straight. The handle is thin, thick, straight, carved, Prof. Dr. Arif BİLGİN Grab the spoon and spoon up some pilaf: Spoons in the Turkish culture Turkish Cuisine with Timeless Recipes 17 twisted, knurled (serrated). In addition to single-piece spoons, spoons with each part produced from different materials were also popular.

Egg-shaped soup spoons are 18-20 cm long and have a medium-depth bowl. The neck from the bowl is wide, the tip is relatively sharp, and the handle is wide and straight. There are protrusions called “ears” at the point where the handle and bowl meet. The bowl of hoşaf spoons is circular and deep, and the handle is round, thin, and very elegant. The handle and bowl are generally made of different materials. Pilaf spoons, with handles similar to soup spoons but without ears, have a round bowl and the depth is medium like soup spoons. The general appearance of tablespoons, which are referred to as taâm or tablespoons in Ottoman records, resembles soupspoons, but their handles are similar to pilaf spoons. However, the depth of the bowl of the tablespoons, which were made mostly of boxwood as a single piece, is shallow compared to the other two types.

We can also say that the handle of the dessertspoon is short and made of materials such as mother-of-pearl, coral and ivory. The bowl is made of ivory, boxwood and silver. Muhallebi spoons are triangle-shaped. The single-piece kavurma spoon has a shallow bowl and a long handle. There are holes in the bowl of olive spoons used to pick up olives in olive oil. In addition, coffee spoons and teaspoons made of boxwood or metal are produced in very small sizes.

It should be noted that the handles in particular of the spoons made of non-wood material decorating the tables of well-to-do people during the Ottoman period, were thin and decorative. The handle becomes thicker when these attractive spoons are produced in one piece. Whether it is a one-piece or multi-piece spoon, as emphasized with the saying, the trick in spoon making is centering the handle: “Everyone can make a spoon but they cannot center the handle.”

Although spoon production using traditional methods has become less popular with production becoming automated and uniform, the spoon-making tradition inherited from the Ottoman Empire still survives in certain regions of Anatolia. Unfortunately, this is only limited to the production of wooden spoons. Towns such as Taraklı in Adapazarı, Çan in Çanakkale, Sürmene in Trabzon, Tavşanlı in Kütahya, and the Akseki district of Antalya as well as the cities of Kastamonu and Konya are the first places that come to mind when it comes to wooden spoon-making. A remarkable portion of wooden spoons currently produced are dancing spoons and decorative spoons.

In Turkish culture, there are a striking number of functions for spoons other than eating and drinking. Some of the folk dances in Anatolia are performed with wooden spoons. Many measurements are calculated with spoons. Spoons are also an ornament to be hung up in homes. Above all, the spoon is an important symbol. In various parts of Anatolia, it is generally considered shameful for young boys and girls to directly tell their fathers their request to marry; so young people expressed their wishes indirectly, by turning their father’s shoes upside down or driving a nail into the heel, or stabbing a spoon into the pilaf. In some regions, a man who wants to get married puts one extra spoon on the table and a girl puts one spoon less on the table, expressing their wish to marry in a very elegant way.

Although traditional production methods are decreasing, proverbs and idioms about spoons survive and offer very important messages. “Drowning in a spoonful of water”, “Giving with a spoon and taking back with a ladle”, “Whatever you chop for your meal turns up on your spoon”, “Every spoon’s fortune is not the same”, “Don’t add more words to words, grab a spoon and spoon up some pilaf” are just a few. Mahmud al-Kashgari’s words in Divân-ı Lugâti’t-Türk, “A dry spoon does not befit the mouth, the dry word does not befit the ear,” expressing unnecessary use of idle talk, remains with us as an ancestral saying that was produced by historical experiences based on an element of material culture, and should be embroidered into cultural memory