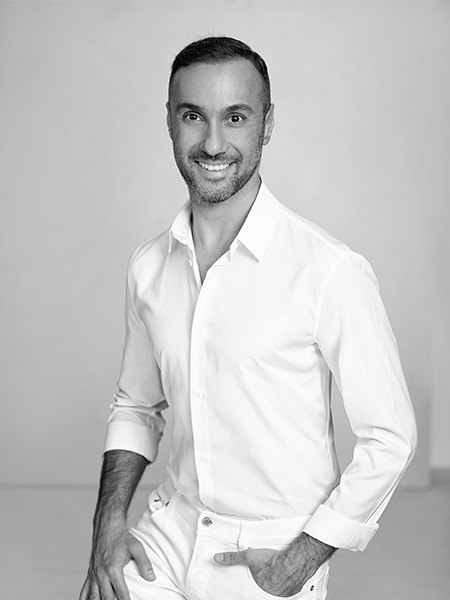 The Benefits of Anatolian Fermented Foods on Health

The content of the food we eat and our dietary habits are our most important shields in a journey to the good life since the links between food choices and disease burden have very strong links. The data we have today show that regular access to healthy food and clean water has a considerable protective role in the prevention of chronic diseases that may occur in the future. Natural foods are well known for their active role in preventing the formation of obesity, Type 2 diabetes, hypertension, osteoporosis and many cancer types and cardiovascular diseases. In fact, current scientific studies indicate that natural nutrients in food are effective in maintaining us healthy by influencing epigenetic mechanisms and altering the course of diseases that may appear.

It has been observed that consuming high-fat and energy-dense foods, refined grains including simple sugars, artificial sweeteners and foods with degraded natural structure cause inflammatory diseases, lead to the development of obesity by increasing adipose tissue, paving the way to potential insulin resistance and liver steatosis, disrupt the intestinal microbiota, and cause the development of preventable diseases.

According to the research, access to natural food based on good life, a nutrition pattern rich in more local foods and good agro-livestock products have an impressively large impact. Furthermore, the relevance of having a higher nutritional value of foods locally produced, in other words, grown on our own lands and obtained from our own animals, is emphasised. As a result, it is asserted that a balanced diet based on natural foods with a variety of nutrients plays a vital role in keeping us healthy throughout our lives.

In addition to all the factors I have mentioned previously, it is clarified that regular consumption of fermented foods is protective against a variety of diseases ranging from obesity to digestive system diseases, coronary heart disease to certain types of cancer. Fermented foods consumed in Anatolia for centuries are highly diversified. The effects of the local fermented foods that we regularly consume as shown below.

Yoğurt (Yoghurt): Yoğurt, the most valuable and easily digestible food with high nutritional content, is the most consumed dairy product in Anatolia. As we often consume yoğurt by making ‘ayran’, a Turkish drink, we also make cacık (diced cucumber in diluted yoğurt) and eat it with meals. Yoğurt, ayran and cacık enriched with many vitamins, including vitamin B12 are formed as a result of milk fermentation; by means of fermentation, it converts into a nutritious food with good bacteria developing an effective probiotic. According to current studies, probiotic bacteria found in yoğurt is effective and do not have much resistance to stomach and bile acids, so yoğurt is a natural food with low probiotic properties. Yoğurt relieves diarrhoea, boosts the immune system, helps appetite control, lowers high blood fats and LDL cholesterol level, regulates blood pressure, reduces insulin resistance and provide protection against colon cancer.

Kefir: Easily made at home in Anatolia, Kefir is an excellent fermented milk product formed as a result of milk fermentation. Kefir grains are in a polysaccharide structure made up of bacteria and yeasts and are high in lactic acid bacteria. Kefir is obtained by fermentation at room temperature when kefir grains are added to milk. Kefir, particularly Kefiran, is a vital, probiotic-effective food with bioactive components. In the studies conducted in recent years, it has been shown that kefir consumption can imitate mechanisms that terminate cancer cells, prevent cancer cell proliferation, delay tumour growth, strengthen and support the immune system, reduce allergic reactions and lactose intolerance, regulate blood sugar and reduce cholesterol levels. Kefir has a positive impact on our microbiota and protects our intestines from dysbiosis due to the probiotic bacteria it contains.

Tarhana: Traditionally one of the most valuable food in Anatolia, Tarhana is a soup that is formed at the end of the fermentation process between 1-7 days after mixing and kneading flour, strained or homemade yoğurt and yeast with vegetables such as tomatoes, onions, peppers and spices such as mint, basil, thyme, red pepper and salt.

In terms of protein, calcium, iron, sodium, potassium, magnesium, zinc, copper and B group vitamins, Tarhana is a nutrient-rich food. Traditionally made with wheat flour, Tarhana can also be prepared with a variety of other ingredients in our country. Tarhana can be prepared dry or wet and can be stored for a long time. Dry tarhana can be stored for 1-2 years under the temperature and relative humidity specified conditions, whereas wet and fresh tarhana can be stored in the fridge for up to 6 months. Due to the healthy nutrients and fermentation, Tarhana has a potential healing effect on the stomach and intestinal diseases. It is also effective and beneficial for weight control by filling the stomach and for constipation relief by increasing bowel movements. Also, the spices used in making tarhana contain flavonoid and phenolic compounds that add antioxidant properties. Protein-rich Tarhana plays a vital role in supporting the daily protein needs of children and the elderly. Like Kahramanmaraş tarhana, it has a functional feature in that lactic acid bacteria, which take an active role in fermentation, remain viable in regard that yoğurt and barley are not cooked together, due to the lack of heat treatment.

Boza: Commonly made from millet in our Anatolia, Boza is a light honey-coloured beverage subjected to lactic acid fermentation in accordance with the technique of boiling the grains such as corn, barley, rye, oat, wheat one or all by adding drinking water and adding sugar. Boza is rich in carbohydrates, dietary fibre, sterols, vitamins, minerals and lactic acid bacteria. In general, it has a beneficial effect on digestive and intestinal health by virtue of the lactic acid bacteria and yeast.

Turşu (Pickles): Pickles (are our oldest natural and additive-free fermentation food that we have been consuming for centuries. Pickles can be made from a variety of vegetables and fruit by adding water with the support of microorganisms called lactobacilli. With this fermentation technique, it is easy to keep many fresh vegetables to be consumed for a longer period of time. Besides, this fermentation process gives flavour and aroma so that it provides enjoyment of the meal to have it. The lactobacilli are also known as lactic acid bacteria in pickles have a probiotic effect.

The lactic acid bacteria, particularly found in vegetable pickles, are resistant to gastric acid and pancreatic enzymes in the stomach. These bacteria derived from pickles are regarded as potential probiotics due to their therapeutic and disease prevention features. It has been indicated that pickles have potential features to strengthen the internal balance of the intestines, enhance protection against inflammatory bowel diseases, improve digestive functions, decrease the risk of colorectal cancer, lower cholesterol levels and cure the damage triggered by antibiotics.

Şalgam (Turnip Juice): Şalgam, the turnip juice, is one of the oldest fermented beverages consumed frequently in Anatolia. Şalgam is a slightly bitter and a kind of cloudy appearance beverage which is made with turnip radish, black carrot, beetroot, water, yeast, salt, bulgur and chickpeas. The most significant nutritional benefit of Şalgam is its high concentration of phenolic compounds and lactic acid bacteria. Thus, it strengthens the immune system, prevents the development of cancer, improves digestion and has positive impacts on the regulation of the nervous system.

Fermented Olive: Olives in brine, in other words, fermented table olives, contain lactic acid bacteria, therefore, fermented olives are regarded as a probiotic food. In Turkish cuisine, table olives are a must and indispensable flavour to the breakfast tables almost at each home in the mornings.

Fermented olives, as they contain lactobacillus, can survive in the digestive tract for a period of time and can show antimicrobial effects against harmful bacteria in the intestine. Moreover, olives possess bioactive probiotic compounds unique to olives that help to protect our health. Various bioactive compounds, including phenolic compounds found in olives, have shown an impact on protective efficiency against various diseases.

Vinegar: It is well known that acetic acid, an organic acid that gives vinegar its distinctive smell and flavour, is extremely beneficial to our health. Furthermore, it has been demonstrated that other organic acids such as lactic acid, malic acid, tartaric acid, citric acid, succinic acid are emerged during fermentation, in addition to those, the amino acids, peptides, mineral salts, vitamins and polyphenols in the natural structure of apple cider vinegar make it an effective fermented food for our health.

Today, it is a scientifically accepted fact that it has a restorative and healing effect on various diseases, although vinegar produced by fermentation consists of organic water, it contains a significant amount of acetic acid and other acids, and a small amount of some amino acids, potassium and antioxidants. The studies conducted up to now have shown that the consumption of vinegar prevents gastric emptying in both healthy individuals and patients with Type 1 diabetes, reducing the amount of digested carbohydrates and not rapidly increasing blood sugar, as well as having a positive effect on appetite. It has been observed that acetic acid in vinegar slows the breakdown of carbohydrates in the small intestines and blocks starchy foods in the digestive system, causing them to be absorbed much more slowly. This positive effect has also a critical role in supporting the nutritional strategy in diabetic patients to control their long-term blood sugar levels. It has been clinically proved in human studies that regularly consuming vinegar lower total and LDL cholesterol, as well as triglycerides, known as blood fat, by preventing fat accumulation in both the liver and skeletal muscle. It has been clarified that using 30 mL of apple cider vinegar twice a day for 8 weeks can mitigate the risk of cardiovascular diseases by preventing the production of total and LDL cholesterol in the blood. In addition, apple cider vinegar initiates antiplatelet aggregation activity by preventing plaque formation in vessels.

According to the reports, the effect of vinegar on healthy weight loss is due to its effects on balancing appetite, controlling insulin secretion and regulating metabolism. In general, it is widely recommended to consume apple cider vinegar on an empty stomach before meals. Research indicates that drinking apple cider vinegar before and after means can be effective in weight loss as it helps decrease adipose tissue size.

In 2005 and 2009, the first human trial results on apple cider vinegar were published. According to the findings of these trials, the consequences of apple cider vinegar consumption on weight loss are effective in controlling appetite, particularly in preventing excessive insulin secretion and shrinking of adipose tissue around the organs and waist circumference.