When sugar was not that widespread, desserts were flavors only eaten on special occasions such as religious holidays and weddings. In addition, these were important delicacies indicating the value given to guests. The appetizing richness of the dessert repertoire in traditional Turkish cuisine was inherited from the Ottoman culinary culture. The importance given to desserts in this culture is also evident from the section called helvahane that was a part of the palace’s kitchen. In these helvahanes not only desserts, halvas, sweets, sherbet, syrups, Turkish delights, pastes and jams, but pickles from various vegetables and fruits were also prepared. In traditional Turkish cuisine, the variation of desserts offer an extremely wide variety in terms of techniques. In view of this, evaluating desserts in different categories according to the cooking techniques and ingredients is more appropriate. The milk-based and syrup-based desserts constitute the most extensive of these groups. In addition, there were also halva and fruit desserts cooked with sugar, honey or molasses. Milk-based desserts are muhallebi (tapioca pudding) and its derivatives, prepared by adding thickening ingredients such as starch, rice, rice emulsion or crushed almonds to milk. Milk-based desserts form the lightest dessert group. When these desserts are made with small amounts of sugar, not only are these relatively low in calories but with a sprinkle of cinnamon insulin secretion is also kept under control. As the combination of milk protein, carbohydrates of sugar and thickening agents form a balance, these are a healthy dessert option. In the same way that milk-based desserts are a light option that can be eaten after meals, they can also be eaten as a snack that sweetens the appetite between meals. This is the reason that muhallebicis (pudding shops) which offer a variety of milk-based desserts and also function as social meeting places, began to emerged in cities like Istanbul. As the specialty of a muhallebici is tavukgöğsü (pudding with chicken breast), in time, some of these places have also started serving chicken soup with şehriye, chicken and pilaf, as well as egg dishes where the people can eat all day. Pelte (jelly) constitutes the lightest group of desserts in Turkish cuisine. It comes from the Persian words pelte, palûde or palze, meaning thinned and strained. Pelte, that is mixed with starch until it attains a level of consistency that is not too hard, is prepared with fruit juice or fruit extracts or plain water. It is sweetened with sugar, honey or molasses.

Then this gains aroma by adding spices, rose water or flower extract accordingly. Sherbet desserts are made by pouring sherbet over fried or baked pastries. The three types of kadaif, namely yassı (flat) kadaif, ekmek (bread) kadaif and tel (shredded) kadaif, have been an important part of Turkish cuisine culture since the early Ottoman period. Desserts with sherbet such as kadaif and baklava were among the most favorite desserts in the Ottoman palace. Since the Ottoman period, baklava has been the most special among desserts for every class from the palace to the rural areas until today. Today, desserts with sherbet made with thin pastry layers offer a very rich variety. Also, there are varieties including hurma tatlısı, kalburabastı, şekerpare, revani, şambali and yogurt desserts over which sherbet is poured when they are removed from the oven, and also syrupy pastry desserts prepared by frying the dough in oil such as lokma and tulumba. In the Turkish cuisine tradition, fruits are not only consumed between meals in the summer and winter as fresh and dry fruits but are also used in making desserts and candies. Apart from the use of fruits in sweet dishes and beverages such as jam, sherbet, syrup and hoşaf, fruits are used only with sugar in some desserts. Quince dessert, apple dessert, stuffed plums, apricots or dates, and peach dessert or pumpkin dessert are just a few examples. Hoşafs or compotes that are prepared by simply boiling fresh or dry fruits in water and sugar are light flavors that can be served particularly with rice pilaf, or instead of a dessert after a meal. 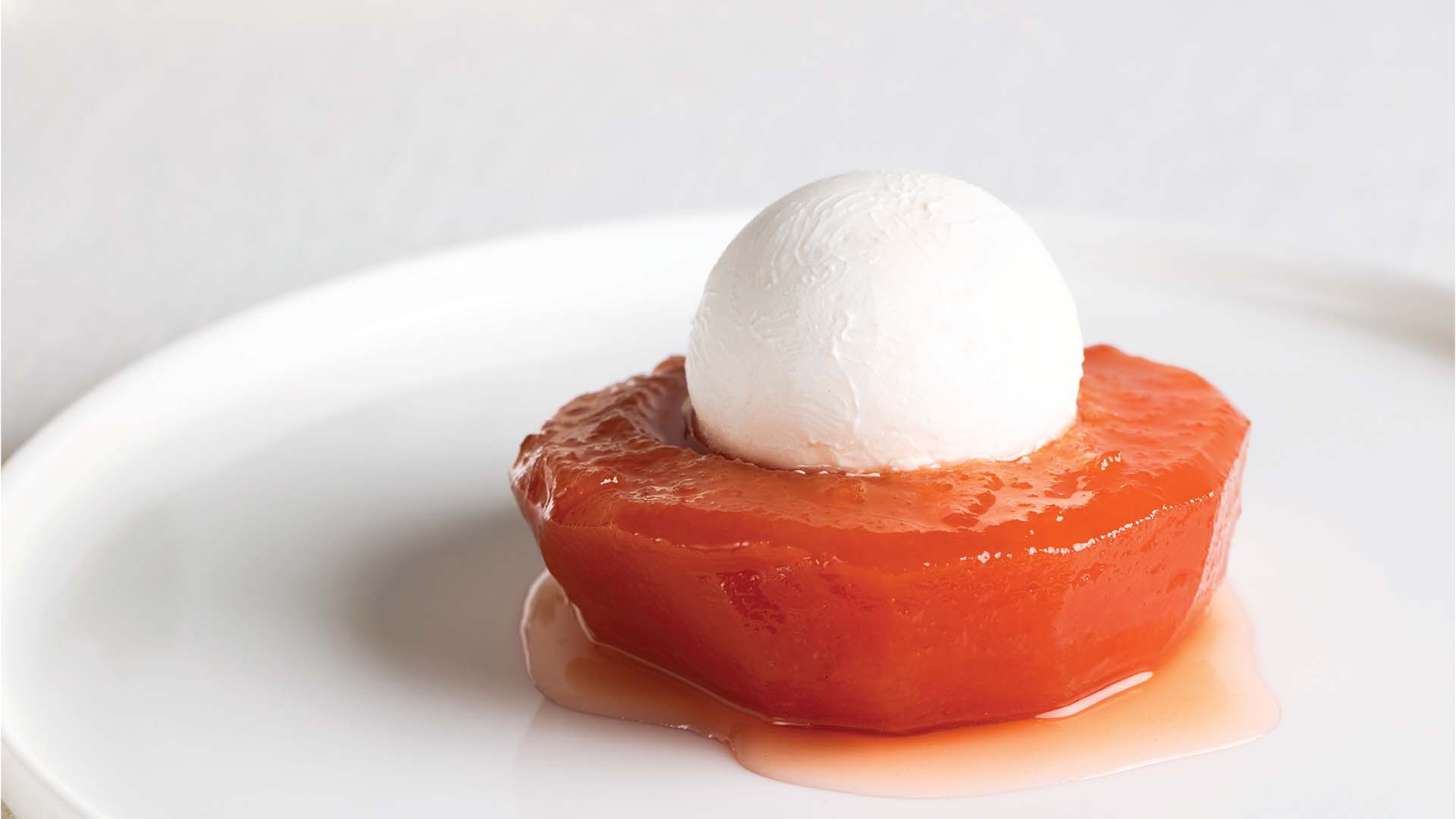