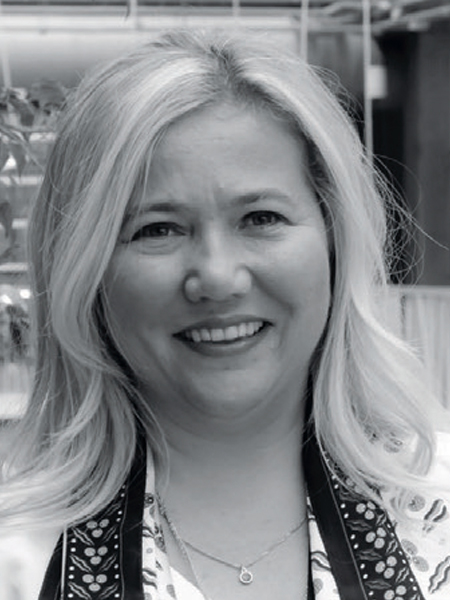 Turkish cuisine offers a rich, multi-layered, and diverse cultural richness in which culinary cultures inherited from distant and near geographies have blended and matured over a long historical period. Owing to its multitude of distinct climates, Turkey’s fertile geography and its generous flora and fauna are important factors that play a decisive role in the formation of Turkish cuisine. Turkish culinary culture bears the hidden traces of the Neolithic heritage since 10,000 BC in Anatolia, the homeland of wheat, as well as traces of ancient civilizations such as the Hittites, Urartians, Phrygians, Greeks, and Romans who flourished on this heritage. The essential elements of Turkish cuisine have been shaped by the eating habits of Turks who migrated from Central Asia to Anatolia since the 11th century. Flavors such as yogurt, yufka (thin sheet of dough), pastırma (pastrami), kurut (dried yogurt), and mantı (Turkish dumplings) find their roots in Central Asian Turkish cuisine.

In the Middle-Ages, the culinary habits that Turks brought from Central Asia during the Seljuk era blended with the cuisines of the settled communities in Anatolia, and through the interaction of Turkish, Arab-Iranian, and Byzantine culinary cultures new eating habits emerged. Ottoman Palace cuisine was shaped and enriched in the Ottoman capital İstanbul. As an extension of the Ottoman Palace cuisine, İstanbul cuisine went through different phases and thrived from the 15th to the early 20th centuries, forming the foundations of classical Turkish cuisine. In time, ingredients used in the kitchen changed during the Ottoman period and was enriched further with the addition of new ingredients. For example, tomatoes and red and green peppers which are the treasures of Turkish cuisine today, as well as potatoes, zucchini, pumpkin, beans and corn only arrived in the Ottoman geography during the 18th and 19th centuries.

Owing to their interactions, cuisines of different communities who lived together in the Ottoman Empire for centuries created a shared culinary heritage. More over, these common flavors spread beyond the borders of İstanbul and Anatolia to the Balkans, Eastern Europe, North Africa, and the Middle East. For this reason, Turkish cuisine still has many similarities with neighboring countries. Many flavors such as baklava, dolma, sarma (stuffed leaves), kebab, pilaf, güveç (hot pot), kadayıf, halva, döner, yogurt, mousakka, Turkish delight and Turkish coffee are an extension of the Ottoman culinary heritage which still survives on this vast geography.

Our culinary tradition has changed over the centuries with the use of new ingredients and the spread of new cooking techniques between rural and urban areas. As in the past, the local culinary traditions that exist in Turkey differ somewhat in terms of taste and technique from İstanbul cuisine that was inherited from Ottoman Palace cuisine, and recognized as the classical Turkish cuisine today. The blend of the diverse climate and soil characteristics of the North, South, East and West with the cultures of communities in these regions have led to local cuisines emerging. Although cooking techniques and dishes in Turkey are basically the same, Turkish Cuisine with Timeless Recipes 15 each region has its own original flavors and dishes. In the Eastern Anatolia region, where the climatic conditions are harsh, a cuisine based on mutton, dairy products, wheat, and legumes is dominant. In the Eastern Mediterranean and Southeastern Anatolia regions, bulgur based dishes such as içli köfte, spicy kebabs, and desserts soaked in syrup as baklava are more popular. The cuisine of Central Anatolian region, which is the wheat reserve and steppe region of Anatolia, is structured on wheat-based foods such as böreks, bread, and bulgur. In the Black Sea region, corn, collard greens, and anchovies are the basic ingredients of local dishes. In the Aegean region, the Mediterranean kitchen dominates with olive oil dishes, fruits, vegetables and wild herbs, especially in the coastal areas where less meat and more fish are consumed. In all regions of Turkey, fresh vegetables and fruits are consumed seasonally, while dried vegetables and fruits are consumed throughout the rest of the year. Products such as tomato paste, tarhana, yufka, vermicelli, grape molasses (pekmez), pomegranate syrup prepared collectively by communities in rural areas at the end of summer, are the cornerstones of our cuisine.

Turkish cuisine is sustainable both in the ecological and cultural context. Every part of an ingredient, vegetable, fruit or meat, is used in the kitchen and never wasted. For example, various dishes such as tirit and papara are prepared with stale bread. In Turkish culture, dishes are passed on with rituals such as feasts, weddings, circumcisions, and rituals are passed on around the table from generation to generation with food. In this context, our culinary culture is sustainable. The table is the most important place for the family to come together. Every transition period in a person’s life, from birth to death, is commemorated with food or beverages.

Turkish cuisine offers a timeless, thriving, and balanced cuisine with its interpretation of every nutritional element such as meat, fish, vegetables, herbs, fruits, grains, legumes, dairy products, oily seeds and fermented products. For this reason, our kitchen offers a rich variety of options that appeal to everyone. Dishes can be slow-cooked over a stove or in a tandoor, in an oven or a pot; they can also be cooked on coal like kebabs. Vegetables offer a great richness both in meat dishes or vegetarian dishes such as olive oil-based dishes. Vegetables can be stuffed, chopped, fried or slow cooked in their own juices. As the main ingredient of bread, wheat is also an essential ingredient for a wide variety of böreks and pastries. Bulgur is also one of our basic foodstuffs. Legumes such as lentils, chickpeas and beans are used in soups, dishes, and salads. Mutton and lamb are traditionally the meats most preferred in the kitchen. However, today veal is also widely consumed. Red meat, chicken, or fish are used to make kebabs, stews, and braised cutlets. Fruit gives life to sherbets and syrups with their extracts, and jams and compotes with their berries. Hundreds of sweets including milkbased, fruit-based, and syrup-based desserts constitute the flavors of celebration in Turkish culture, especially on holidays and special occasions.

There is always soup on a classic Turkish table, especially at dinner. Refreshing flavors such as vegetables cooked in olive oil, different types of dolma-sarmas, salads, pickles, or cacık are served before the main meal. The main course is usually a one-pot vegetable or legume-based dish, dolma, köfte, or red meat or chicken dishes such as stews and kebabs. The main course is often accompanied by rice or bulgur pilaf. A Turkish table without bread is unthinkable. It is customary to offer fruit or dessert after a meal. On special occasions, holidays, or when entertaining guests, dishes are prepared with greater care, more variety and richness.

The dishes and beverages in this book represent examples of the rich Turkish culinary culture. The recipes in the book, most of which are examples of classical Turkish cuisine and some from local cuisines, aim to explain the basic techniques and flavors of our cuisine. Instead of an international full course meal in which cold and hot starters are served first, followed by main dishes, then desserts; the chapters in this book are grouped according to the techniques and types of meals specific to our cuisine in an attempt of reflecting the Turkish culinary culture more accurately. In this way, this book emphasizes the importance of food categories such as soups, böreks, egg dishes, dolmas and sarmas, olive oil dishes, pilafs, kebabs, hoşafs, sherbets which have been used in Turkish cuisine for centuries.

Our traditional cuisine is kept alive and handed down from generation to generation by our mothers and grandmothers at home, and our master chefs in restaurants. Reclaiming the lost tastes of Turkish cuisine in a rapidly changing world by recording, transforming, and sharing knowledge about these recipes is extremely valuable for the sustainability of our culinary culture which is an important part of the intangible cultural heritage of Turkey.